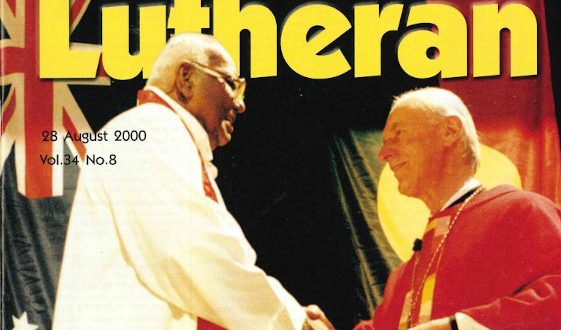 Prior to the resolution of the 2018 Convention of General Synod to develop a Reconciliation Action Plan (RAP) history records earlier steps of the Lutheran Church of Australia’s journey of reconciliation between Aboriginal and Torres Strait Islander peoples and other Australians.

Witnessed by a large congregation at the 2000 Synodical Convention in Tanunda, SA, a formal rite of reconciliation between the Lutheran Church of Australia and our Indigenous brothers and sisters was led by the late Pastor George Rosendale, from Hope Vale in Far North Queensland and Dr Lance Steicke, the then President of the LCA. During the proceedings Pastor Jimmy Haines (who has since died) spoke on behalf of the Aboriginal peoples of Central Australia, while Dr Ishmael Noko, General Secretary of the Lutheran World Federation, commended the steps taken by the LCA.

The Lutheran (28 August 2000) reported on these reconciliation events of the 2000 Synod. Additional information sourced from the Lutheran Archives.

Embracing languages and Culture … Dealing with Racism and Discrimination

Sharing a Snapshot of History