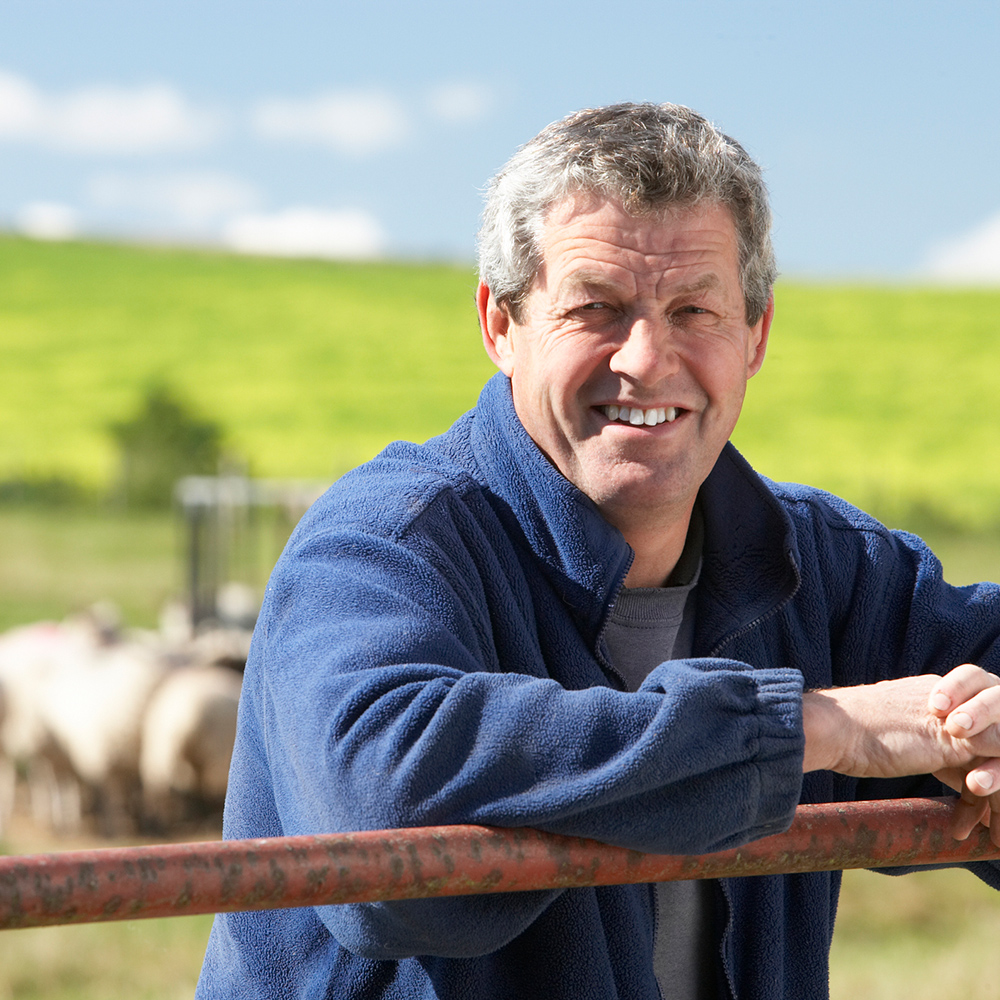 RAP is new. You're sure to have questions.

We’ve put some of the likely ones here in one place.

What does RAP stand for?

Reconciliation is intentionally working together towards a level ‘playing field’ for all. Reconciliation is to be understood as the ongoing (collaborative) walking alongside /working together between Aboriginal and Torres Strait Islander peoples and the wider Australian community in a mutually unifying and respectful relationship, towards equity in opportunity and outcome. This journey is everyone’s business.

What is a RAP?

A RAP is a tool much like a business plan or strategic plan, that is created in a way that enables Aboriginal and Torres Strait Islander peoples and other Australians together to be involved in all aspects of its design, delivery and evaluation.
A RAP is a document that is designed to enable ideas and plans to come to life by providing us with a list of agreed practical actions and accountability that will drive our church’s contribution to reconciliation within church as an organisation and in all the communities in which we participate.

Are there different types of RAPs?

Which RAPs will the LCA develop?

The LCA will first create a Reflect RAP, to be endorsed in 2020, and from there progress to an Innovate RAP to be endorsed 2021. (see previous question)

How will a RAP assist the Church in its Reconciliation journey?

Reconciliation opens doors and shows us ways to grow, together as God’s people.
Reconciliation is an expression in us of bringing love to life.
A RAP is much like a business plan or strategic plan, a RAP is a tool that our Church will use, that can help us to intentionally:
• listen with greater and deeper focus
• make a plan together
• publicly commit to this plan
• follow through and keep on track with this plan
• be accountable for what we do, and, what we don’t do.

What is the LCA going to do?

A small team appointed by the LCA 50.500 initiative developed a proposal for the General Church Council at the Synod in October 2018.

This proposal asked Synod to:
1. support the development of a RAP
2. resource the development
3. report back to Synod when it next meets in 2021 with particular reference to the implementation of the plan.

Why is the LCA doing this?

2 Corinthians 5:16–20: ‘Reconciliation is at the heart of the Christian faith. It is a gift of God in which we are invited and privileged to participate.’ As we are reconciled with Christ through his death and resurrection, as Christians, empowered by the Holy Spirit, God calls us to be reconciled with one another. In doing this we can understand, value and respect the histories, cultures and contributions of our First Nations peoples, sharing in our common humanity.
The Lutheran Church has a long and deep history of working with Aboriginal and Torres Strait Islander people. As an Australian mainstream Christian church, the LCA has demonstrated historical leadership in our relationships with First Nation peoples, however, this is not the end of such engagement – it is the beginning.
Developing an LCA Reconciliation Action Plan (RAP) is an opportunity to grow. Like the baptised new life we live reconciled in Christ, each day is a new beginning and a new opportunity to grow in relationships with those around us.

Who are we doing this for?

The Lutheran Church of Australia is an organisation that participates in the lives of Australians. For our church to participate meaningfully, we need to be able to ensure that our participation is respectful and dignified with our First Nation peoples. A RAP will provide a mechanism for the LCA members to learn and grow in understanding of such.

Therefore, the development of a RAP is for all of us:
.* from the administrative arm of the LCA to the congregations in the smallest of towns
* from the services we provide to the people in word and sacrament ministry
* from the Aboriginal and Torres Strait Islander communities we walk alongside to the leaders and decision-makers of our church.

The development of a RAP is for the Lutheran Church in Australia, its congregations, its members, its workforce and the First Nation peoples with whom our church connects.

How are we going to do it?

STEP 1:
The LCA has actively sought to listen to a range of First Nation leaders across Australia. Our deep history of ministry in a number of communities is an important part of this. We have also learned that we needed to take the time to listen and hear from Aboriginal and Torres Strait Island peoples in the first instance.
We have started this.
The overwhelming response so far has been that First Nation peoples and communities wish to be a strong part of the ministry of the Lutheran Church, and would like to be involved in all areas including worship, ministry and mission, and services.

STEP 2:
We have not finished listening to people yet.
We have developed a proposal for the endorsement of Synod to commit to the development of a plan on how the Lutheran Church of Australia can put into action our ministry of reconciliation with our First Nation peoples.
We have sought and received Synod’s endorsement of the RAP proposal (19th General Convention of Synod).

STEP 4
With the endorsements of both GCB and Reconciliation, the LCA will launch the RAPs and provide a report to the 2021 General Convention of Synod.

When are we going to do this?

There are primarily three parts to this process.

Part 1 (pre 2018 Synod):
A successful proposal was presented to the 2018 General Convention of Synod seeking support.

Part 2 (post 2018 Synod):
Both RAP developments, the Reflect and Innovate RAPs are inclusive of working with key stakeholders to develop practical actions to assist the LCA to seek this reconciled future with our First Nation Peoples.

Part 3 (pre 2021 Synod):
RAP Implementation of the practical actions, reporting back to 2021 General Convention of Synod on its progress and benefits.

Through what avenues has the Church listened to the Indigenous Voice?

This is a continuing process.
With regard to this project opportunities for conversations over several years leading to the 2018 Synod have been extensive. This has included:
* Visiting and re-visiting First Nations Lutheran communities, engaging with community elders, members and workers in their living and worship environments, participating in the ministry of the Church – hearing the voices in these spaces.
* Researching and reviewing the well-documented histories of Aboriginal ministry In Australia and previous initiatives of the Church to review their ministry in this space – listening to what these documents were saying and continue to tell us.
* Having conversations with Aboriginal leaders and elders – strengthening and deepening cultural knowledge and what is important to First Nations peoples.
* Hearing from those who have, or who have had strong connections and an extensive history of ongoing relationships with First Nations peoples.
* Participating in workshops, online learning and professional reading authored by various Aboriginal organisations – these have given voice to matters that impact First Nations peoples.

Why do we need to have a RAP given the LCA's historical relationship with our First Nations peoples?

Reconciliation is an ongoing journey not a destination.
We give thanks for the long-standing historical, and current work in our Church to establish and strengthen relations between First Nations peoples and other Australian Lutherans. Acknowledged also is all current and ongoing relationship building through the church’s ministry engaging with First Nations peoples. Many fine examples of reconciliatory activities can be identified here. However, there remains scope to build on this.
There continues for many, a lack of depth of meaningful knowledge, understanding and respectful valuing of First Nations peoples’ cultures, languages, histories and spirituality.
The structure of a RAP provides a tracked plan of agreed practical actions to work towards this and helps drive our church’s contribution to reconciliation. A RAP stops the drift – it promotes continued focus and momentum.

We have no Aboriginal or Torres Strait Islanders in our congregation /ministry space. Or do we?

By virtue of LCA’s history, the Church’s direct connection with First Nations peoples appears at first glance to be focussed on specific geographies around Australia such a Far North Queensland, Central Australia and western South Australia.

However, statistical records clearly indicate many First Nations peoples are located within Australia’s cities, towns and rural communities as well. This means perhaps in your own community! How would you know?

How aware are we of First Nations people who may well be sitting (or not) in our pews in our very own congregations and ministry spaces? We may not because they may have chosen not to share their cultural heritage. They perhaps feel culturally unsafe to reveal their heritage.

How is a RAP relevant to me?

If you are not aware of any Aboriginal or Torres Strait Islanders in your congregation, there will be First Nations peoples in most of the communities that LCA members, congregations, agencies and employees serve. The LCA has Aboriginal and Torres Strait Islander employees across all geographies and the LCA’s community service agencies have many clients who are First Nations peoples.

Our Church is not a closed system. We are an integral part of the Australian community.

The implementation of a RAP across the whole Church will make us a more inclusive Church. It will make us a more relevant member of the Australian communities with whom we are engaging and serving every day. It will help us all to fully live our tag line ‘where love comes to life.’

How can I contribute as an individual to the Church's RAP?

Get on board as a champion of the RAP. Reconciliation is everyone’s business.

Keeping in mind that reconciliation is about building dignified and respectful relationships together with First Nations peoples, a starting point could be to simply reflect on and seek meaningful responses for yourself to the following questions:

» what can I do differently to build better relationships with First Nations peoples?

» what can I do differently to have and show greater respect for First Nations peoples?

» what can I do differently to create further opportunities for First Nations peoples to help build a stronger church?

A RAP gives the LCA a strengthened opportunity of achieving Aboriginal and Torres Strait Islander engagement objectives, and delivering broader outcomes including:

You've got another question?