… embracing languages and cultures … dealing with racism and disadvantage.

During the recent LCA Churchwide Office Staff Day, 17 November, the 50+ participants were treated to a very small snapshot of the history of the LCA’s ministry with First Australian peoples.

Beginning with the 1838 – 1852 engagement in the first South Australian mission fields – the Kaurna (Adelaide), Ramindjeri (Encounter Bay) and Barngarla (Port Lincoln) peoples, Dr Christine Lockwood¹ (pictured far right) shared some of her extensive research of the Dresden missionaries, Clamor Wilhelm Schurmann, Christian Gottlob Teichelmann, Samuel Gottlieb Klose and Heinrich August Meyer. These mission fields were relatively short-lived, hampered by unforeseen conditions at the time. These early Lutheran missionaries in working closely with the Aboriginal peoples at the time, intentionally and readily learned the local languages. As was their practice, they developed meticulous records of local languages and cultures, enabling the documentation of early settlement often through Aboriginal perspectives. Dr Lockwood also provided snippets from the mission field of Killalpininna/Bethesda (Lake Eyre Basin) with the Dieri peoples, 1867-1917.

Pastor Rob Borgas² (pictured 2nd from right) provided an insight into the work of the early missionaries who ventured into Central Australia (1877), with the establishment of a mission field at Hermannsburg amongst the Aranda peoples. Using the excerpts from the ABC’s 2017 Compass story, ‘The Bush Preachers’ we heard a familiar story of the the missionaries respectfully embracing the Aboriginal languages and cultures of the different language groups of Aboriginal peoples. This has subsequently seen the unique ministry with Aboriginal peoples, now under the oversight of the LCA’s Finke River Mission, grow and expand. Over the years many Aboriginal leaders have emerged to become pastors, ministering amongst their communities in their own languages.  History reflects that this period was not without its many challenges including those posed by colonization. The mission field needed to battle with the impacts of racism and disadvantage often arising from ill-informed and/or poor execution of government decision and legislation, the trauma of which continues today.

Online delivery via Zoom, enabled Pastor David Spanagel³ (inset picture) to share the early Lutheran mission history of Queensland at Zion Hill (1838-1856) and amongst the Guguu Yimithirr peoples of far north Queensland (Hope Vale and surrounding communities). Lutheran Missionary Flierl (1885/1886) and particularly George Heinrich Schwartz (1887-1942) significantly shaped this far north Queensland mission field. Missionary Schwartz, known an “Muni” amongst the people, made it his business to learn the local language and culture in order to work closely and advocate in the interests of the Aboriginal communities and the gospel. The short trailer of the film ‘War of Hope’ recalled the horrendous time in 1942, of the enforced (at gunpoint) evacuation of the Guguu Yimithirr peoples and their 7 year internment at Woorabinda. Pastor George Rosendale’s self-narrated video ‘Colour Blind’ covered much of his journey of ministry amongst his own people.

The fourth presentation of the day was given by Chris (3rd from left), a Kokatha/Mirning man (Far West Coast SA), now aged in his 60s. Chris was adopted soon after birth into a non-Aboriginal Lutheran family. He grew up in a predominantly Lutheran rural community in SA’s mid north. He spoke lovingly and passionately as he reflected on being raised by his adoptive family, their care and opportunities to be grounded in God’s Word and the gospel. However, he also recalled his experiences at school, on the sporting field and at his work, the racial slurs targeted at his obvious Aboriginality. It became clear this had been a source of deep hurt, the impact of which he continues to carry today. As a small child he found this confusing …. friends from Sunday School, would target him during the school week or on the sporting field, with racially based ridicule. As an adult this continued into his place of work. These were people from his church!  While Chris no longer identifies as a Lutheran, he has not lost his love for the Word of God or his faith in the gospel and readily recognises the hand of God in his life’s journey.

¹Dr Christine Lockwood completed her thesis entitled ‘The Two Kingdoms: Lutheran Missionaries and the British Civilizing Mission in early South Australia’ (March 2004) and has contributed to the following publications ‘Beyond All Expectation: The Works of Lutheran Missionaries from Dresden, Germany amongst Aborigines in South Australia, 1838-1853’, and ‘Clamor Wilhelm Schurmann – Missionary and Pastor’, 2015.

²Pastor Rob Borgas has more than 30 years of ministry with Aboriginal peoples of Koonibba, Yalata and Ceduna (South Australia) as well as with the Pitjantjatjara peoples of Central Australia.  Rob’s recent contribution to the Lutheran Theological Journal (Aug 2021)  Lutheran efforts towards improving cross-cultural communication in rural Australia is a perspective borne out of his extensive ministry amongst Aboriginal peoples.

³In 1983 David Spanagel commenced as the LCA employed Executive Officer of Hope Vale Aboriginal Mission. Following this he project managed the establishment of Peace Lutheran College (Cairns). In 2011 he was called to be the Pastor back at Hope Vale, Wujual Wujal and Coen. Recently retired David’s contribution, Change the rule book! to the Lutheran Theological Journal (Aug 21) is a reflection upon his lived experiences and ministry with the Guguu Yimithirr peoples.

Embracing languages and Culture … Dealing with Racism and Discrimination 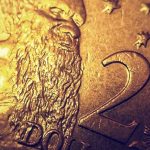